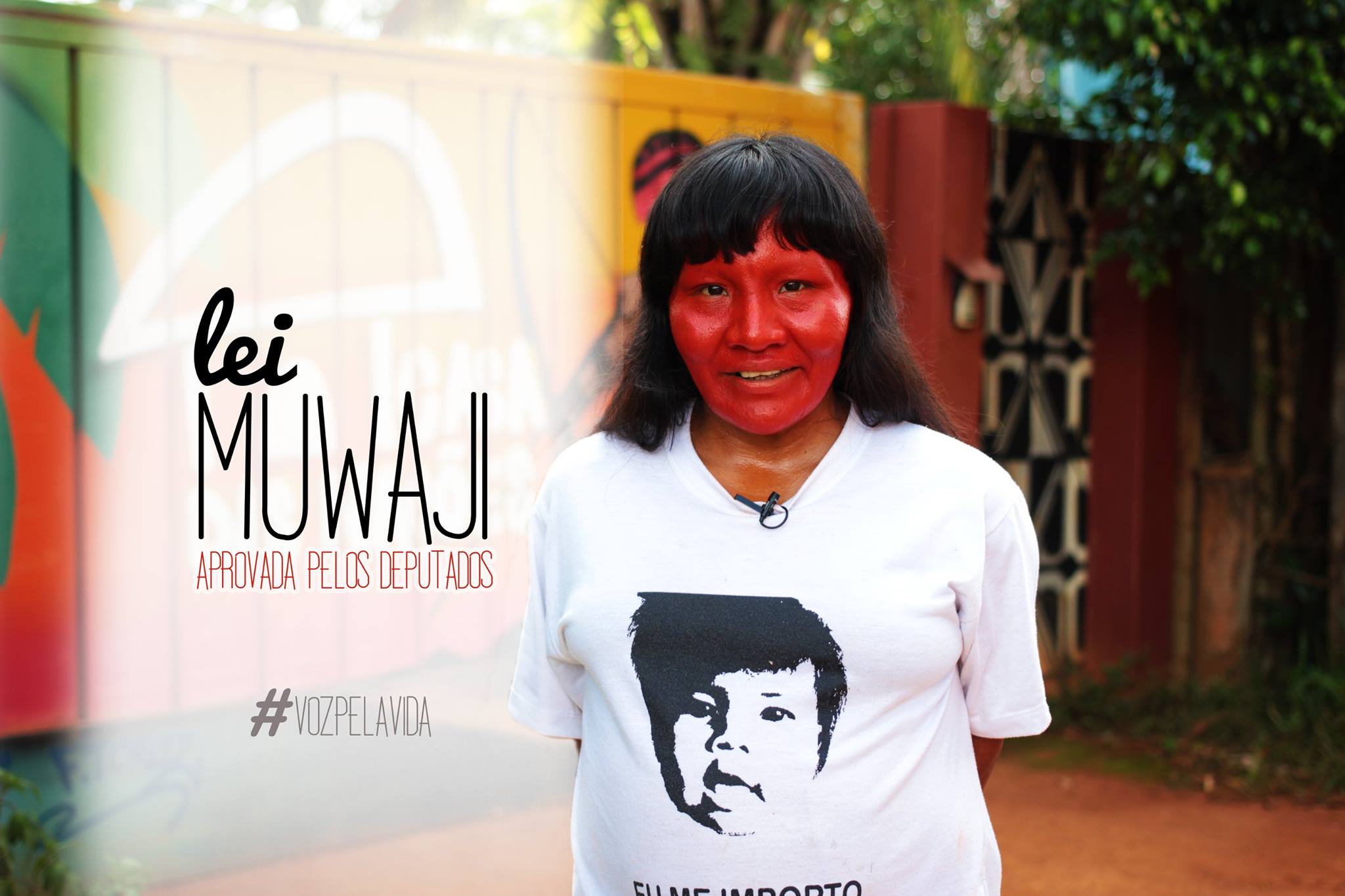 The House of Representatives, at the end of August, approved Bill number 1057/07, which aims to combat harmful traditional practices in indigenous communities – such as infanticide or murder, sexual abuse, individual or collective rape, slavery, torture, abandonment of vulnerable persons and domestic violence – and guarantee the protection of indigenous rights.

Also known as the “Muwaji Law,” the bill was approved by the Plenary eight years after its proposition, by 361 votes in favor, 84 against and 9 abstentions, and will continue on to the Senate. According to an amendment made by Representative Marcos Rogério (PDT-RO), organizations such as the National Indian Foundation (FUNAI) should use all means to protect children, adolescents, women, persons with disabilities and indigenous elders from practices that threaten their lives, health and physical-psychological integrity.

Article 227 of the Federal Constitution states that “it is the duty of society and of the State to assure that children, teenagers and young people have, as an absolute priority, the right to life, health, education, leisure, professionalization, culture, dignity, respect, freedom and family and community coexistence, and to safeguard them from all forms of neglect, discrimination, exploitation, violence, cruelty and oppression.” However, the practice of infanticide occurs in at least 13 indigenous ethnic groups, especially the more isolated ones such as the Suruwahas, Yanomamis and Kamaiurás. Children who are born with a physical disability, health problem, children of single mothers, those considered as having bad luck or twins can be killed by their own family or community. The controversy surrounding the “Muwaji Law” comes from the questioning about the intervention of the “white man” in indigenous cultures and traditions – even if they practice infanticide.

Muwaji, a Brazilian citizen, an Amazonian and an indigenous woman from the Suruwahá tribe, gave birth to Iganani. Her daughter was born with cerebral palsy and could not walk, so was therefore sentenced to death by poisoning in her own community. To save her, Muwaji sought help from evangelical missionaries who worked in the region, confronted the tribe and took her daughter to São Paulo to receive treatment from the “white doctor.” This and other cases were screened by Fantástico – a TV program on the Globo channel – in 2005. The report led to a meeting between the missionaries Edson and Márcia Susuki with the lawyer Maíra Miranda, who along with a few others founded the Non-Governmental Organization (NGO) ATINI-
A Voice for the Voiceless, in 2006, and began to fight for the rights of the Indians and against infanticide.

Back at the beginning of the organization, in April 2007, on Indian Day, the Muwaji Law Project was proposed through the federal deputy Henrique Afonso, at that time part of the PT-AC (Brazilian labor party). According to the lawyer Maíra, the intention of the group was to start a discussion on the subject. “We wanted to make noise, because from the beginning the name “ATINI” meant voice. The subject was always silenced and it needed to be debated. Everyone denied that there was infanticide, even the government,” she said.

One of the criticisms of the bill is that the law talks about something that already exists, and which is already in the penal code. Maíra does not deny it. “The Bill came about to affirm that the right to life is for everyone, with no exceptions. It seems obvious, but it has to be said because, for relativists, we have to keep repeating the obvious.” A health professional who worked in indigenous communities where the practice of infanticide took place told the lawyer that she used to turn her face so as not to see the children die because there was nothing she could do. “Many said they were prevented from acting because it was seen as interference. People believed that there was a law that, in the specific case of Indians, prevented them from intervening. Unfortunately, even now it is difficult to believe that indigenous children are children, it is as if they were a subcategory,” says the lawyer.

This is one of the reasons why the Muwaji Law states that “it is the duty of every citizen who is aware of situations of risk” to the indigenous people to inform the competent bodies, “under penalty of being held liable under the existing forms of law”, “having a guarantee of the preservation of their identity, if they so wish.” The text also states that “after having ascertained the facts, preferably accompanied by anthropological and psychological studies, it was found that the willingness of the parents, family or group to persist in practices that endanger the life, health or physical integrity of those who are vulnerable, the competent authorities should promote the withdrawal of the aforementioned from their family or respective group, and determine their placement in a safe place, observing the specificities of each ethnic group. Just as non-indigenous children are removed from family life when the family presents risks and, with time and accompaniment, attempts are made to reintegrate them into the family, the proposal foresees that the same be done in the case of the Indians.

During a vote in the Plenary, MP Jandira Feghali, leader of the PCdoB party, questioned the form of denunciation proposed in the Bill. “We are not here defending murder, we are defending the lives of these children through cultural mediation. As it is here, we would be putting the entire ethnic group in jail, forcing all of them to denounce the risk of something happening,” she said. Maíra clarified that there is something called “inimputability of the Indian” – if he or she has no knowledge of our society, he or she is not subject to our laws – and that, therefore, “in the case of the Indians, because of their culture, they would not be considered omissions. In criminal law we call it a culturally conditioned error of prohibition, because the person is so conditioned in that culture that he or she does not think it is wrong.”

The anthropologist Marianna Holanda affirms in her master’s thesis that “considering what, in legal terms, we call infanticide, it does not make sense to speak of indigenous infanticide.” She believes that “what there are in these villages are reproductive strategies designed for the benefit of the community, not just for isolated individuals. Only a very small number of children end up being subjected to them. And they are children with problems that, later on, will preclude any kind of social interaction.” Deputy Edmilson Rodrigues (Psol-PA party) is also against the bill. According to him the proposal is unconstitutional, because “it ultimately denies that which is predicted in the Constitution, the guarantee of indigenous peoples’ rights to their cultural identity.”
Those in favor of the law argue that the preservation of culture cannot come before the fundamental right that every human being has to life. The lawyer commented that “Articles 7 and 10 of the Convention on the Rights of Persons with Disabilities [UN permanent forum] protect the right to life of children with disabilities. Customs must be respected, but only to the extent that they do not violate international human rights law, meaning that any infanticide practices of children with disabilities would be contrary to those provisions and other international human rights law.”

Maíra Miranda compares indigenous infanticide to other practices such as female genital mutilation in Africa, child marriage, female infanticide in China and India, albino hunting, etc. She said that “they are actions based on traditions, but they violate human rights”.