HAKANI PROJECT – What is real and what is not 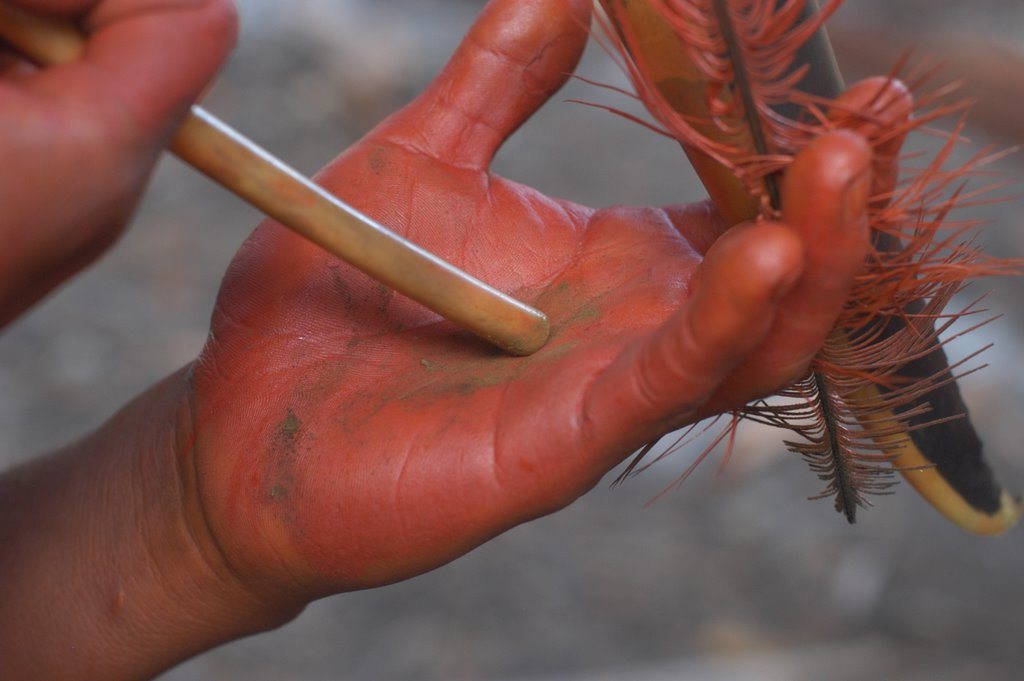 Survival: “Amazonian infanticide is rare. When it does happen…”.

Infanticide is common among many tribes in Brazil. This has been substantiated by numerous anthropologists, government health workers, and even indigenous chiefs. The conservative estimations that a few hundred indigenous children are needlessly killed every year may be what Stephen Corry, Director of Survival International, is basing himself to tag infanticide “rare”. But proportionate to the total Indian population, these numbers are significant. The Suruwaha tribe, for example, is a grouping of 170 Indians, over half of them under the age of 18. To have just one child sacrificed is of a matter of great consequence.

Survival: According to Corry, efforts such as the Hakani Project are a case of “fundamentalists” barging in and imposing their beliefs on native cultures.

The effort to abolish infanticide as a traditional practice was originated by hundreds of Indians from different tribes who recognize it as damaging to the development of their own cultures. The argument that the “Hakani” film is an outsider’s imposition on native cultures fomented by “fundamentalist” Christian missionaries eager to reorganize tribal traditions is ill-founded. The Hakani Project operates under the assumption that protecting the life of the indigenous child can be achieved while still maintaining traditional culture.

Survival: “Even if you download the full film, the credits are unreadable, so you can’t tell who is behind it… Evangelical missionaries have hidden their work for decades…”

“Hakani” is a privately-funded, independent production which seeks to support nongovernment organizations such as ATINI in their defense of the rights of indigenous children. The film is a tool created to increase awareness about infanticide and open up the discussion about alternatives. Founded by Marcia and Edson Suzuki, ATINI relies on a wide network of Indian leaders, anthropologists, linguists, lawyers, politicians and educators – many of them with no religious affiliation. The Suzuki’s, accomplished linguists and tribal culture experts, have worked and lived among the Indians for 28 years and the core idea they champion is simple: by protecting the lives of their children the Indians are protecting their future and guaranteeing the preservation of their culture.

For the production of the docu-drama, ATINI counted on a crucial partnership with the international organization Youth With a Mission (YWAM) – known in Brazil as Jocum. Most of the docu-drama was shot at Jocum’s campus in the city of Porto Velho.

Survival: “Youth With a Mission has been banned from some parts of Brazil, but remains there illegally.”

Jocum has been a consistent presence at several Amazonian tribes for the past 3 decades. During much of that time they worked alongside government teams implementing health programs, translating, providing air-freight services and sometimes even mediating disputes between indigenous groups and ranchers.

Due to changes in policies by the present Indigenous Affairs Administration, Jocum, along with other NGO’s and missionary organizations, has been asked to leave specific indigenous areas such as the Suruwaha. The claim that YWAM or Jocum has defied the Brazilian Government by remaining illegally in certain indigenous areas is categorically false.

Survival: “[‘Hakani’ scenes] were faked. It puts together footage from many different Indian tribes and uses trick photography to make its point. It wasn’t filmed in an Indian community, the earth covering the children’s faces is actually chocolate cake, and the Indians in the film were paid as actors.”

The Hakani Production is a docu-drama, a factbased representation of real events. The story of the girl Hakani is a true story, verifiable by eyewitness accounts and reports by local authorities. This filmed production about her life, as the selfdescribing genre reflects, combines categories usually perceived as separate: documentary and drama.

The genre of the film and behind-the-scenes information have always been publicly posted on the www.hakani.org website. The film crew used every cinematographic resource available to them, while at the same time keeping the actors, many of them infanticide survivors, safe.

Survival: “Barbaric practices of one sort or another … are alive and well all over the world, no more in the Amazon than in the USA or UK. The more one is aware… the more one wonders why the missionaries have picked on Brazilian Indians.”

ATINI and Jocum are Brazilian non-governmental organizations attempting to address issues relevant to a segment of the Brazilian population.

“Hakani” has been well-received among indigenous communities, with over 60 tribes having already watched the film. Any time we’ve screened “Hakani” to an indigenous audience, spirited discussions ensues. And there’s also a feeling of collective relief that someone or some event is creating the opportunity to discuss an issue that would otherwise be difficult to approach.

In November of 2008 over 350 Indians, including chiefs from 7 tribes, gathered at the well-known Leonardo Outpost in Xingu Reservation for 2 days to discuss how indigenous families could be better educated about alternatives to infanticide. A follow-up meeting among health agents is presently being planned to strategize further. These are not efforts from outside groups imposing a course of action; these are the Indians themselves, taking responsibility for their own destinies and taking initiatives that will, in the end, benefit their tribal societies.

Survival: “[‘Hakani’] incites feelings of hatred against Indians. Look at the comments on the YouTube site… You can’t blame the viewer for their hostility: few could watch ‘Hakani’ without being angry with the Indians.”

The filmmakers are keenly aware that in an open environment such as YouTube, with few restrictions, some individuals may respond in a way that is distasteful and inappropriate. The content and tone of such postings is unequivocally condemned by the filmmakers.

We do not casually discount Stephen Corry’s critique of the work executed so far by the Hakani Project. We appreciate the breadth of his organization’s work worldwide, and have no reason to doubt their genuine intentions to protect and encourage tribal cultures into healthy development. Contrary to his suspicions about the Hakani Project, we are greatly impressed by principles of human rights, chief among them the right to life for ALL Indians.