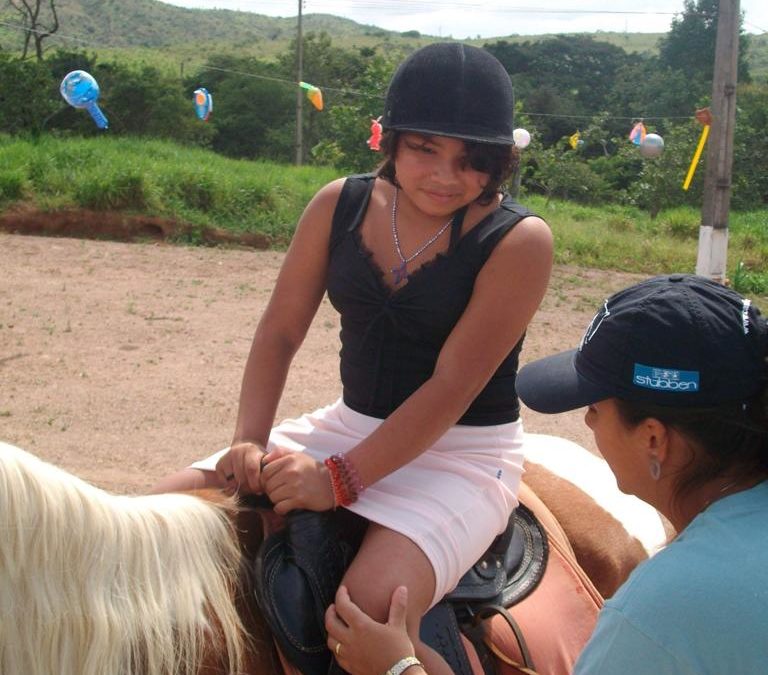 A young Indian woman was saved from collective rape by Atini. The report gained exclusive access to an anthropological report finalized in 2019 that brings a twist to a case that has as a background harmful cultural practices and the invisible heroes of infanticide. Márcia Suzuki reported details of the case that calls into question the Federal Public Ministry’s action.

When Alcilane Arã Oliveira da Silva, a young indigenous woman from the Sateré Mawé people, came of age, the Federal Public Ministry, despite knowing the risks, asked for her to be sent back to the Indian village where she had suffered abuse during part of her childhood and adolescence. The FPM took a vulnerable teenager with a disability, a victim of abuse and collective rape, and reinserted her into the dangerous environment. Before being “returned” to the village by the court, she was referred to the community shelter Casa Comunitária (Community House), in Duque de Caxias, for female adolescents. They isolated her in a shelter and did not allow any contact with the caretakers and not even with the girl’s relatives. Alcilane remained isolated in this shelter, receiving no visits, despite the requests of the caretakers and the indigenous relatives, who wanted to take care of her. The young indigenous woman told family members she felt as though she were in a juvenile jail.

The Journey
This journey took place after the FPM did not accept the Atini taking Alcilane in, an NGO founded by Damares Alves, who left the organization in 2015. While she was being cared for by the entity, she had a happy life with her parents, who lived with the young woman at the ATINI farm to receive health care in Brasília. Today, after the MPF’s intervention, she is condemned to a life of abuse and abandonment, unable to guarantee her own safety.

Imbroglio
The imbroglio begins when on the one hand, ATINI, an entity that has saved more than 50 children from the practice of infanticide and harmful cultural practices, claims that they saved the girl from a situation of risk. On the other hand the FPM denies that there was collective rape and indigenous infanticide among the Sateré people and therefore Alcilane and her daughter should have stayed in the village.

She does not currently live with her parents, who cannot control her. She lives alone in a hovel, exposed to all kinds of abuse. She wanders through the rivers and woods in the night, with no direction, and no one to take care of her. The Federal Public Prosecutor’s Office has filed a lawsuit against ATINI, accusing the NGO of kidnapping. The anthropological report carried out over three years and finalized in January 2019, to which the reporter had exclusive access, informs that this is not true. There was no kidnapping. On the contrary, ATINI, along with the girl’s parents, saved her from harmful practices and a reality hidden until today by the organ, which will be revealed by this report.

The study brings a twist in the case and shows that, in early adolescence, in her village of the Sateré Mawé people, Alcilane was frequently subjected to collective rape and abuse. Known by the Indians as “puxirum”, collective abuse, although not traditional Sateré culture, seems to be common behavior in some tribes in Brazil.

Parents confirm abuse
At the hearing held on September 19th, 2016, at the Forum of the city of Maués (AM), at the invitation of the Public Ministry and the Federal Justice, the father of the young woman, Zevaldo de Oliveira, stated that his daughter suffered constant sexual abuse and they therefore decided to leave the village. Following on from this, we have the testimony of a nurse and agent of indigenous health. She shared her experiences and the sad reality of abuse she has witnessed, thus bringing a dramatic picture of the situation to which some of the women of that ethnic group are subjected, unable to find help or support from the responsible authorities to this day. Edilene Sateré, Alcilane’s sister, was also heard by the video report recorded on Tuesday (12) and confirmed the sexual abuse in the village, which has been hidden by the courts. The testimony of this indigenous woman puts into question the action of the FPM that denies collective rape in the village, even without having visited the place.

The report from Agora Paraná spoke exclusively with the linguist Márcia Suzuki, leader of the organization at the time. She said that since its foundation ATINI has developed a program to support indigenous students, in which we received students from various tribes who needed help in completing their studies. They used this program to raise awareness among indigenous youth about the rights of vulnerable children in the villages. In 2010 they received Zevaldo Pereira, health agent of the Sateré-Mawé tribe, along with his wife and 4 children, as part of this program. Among her children was the young Alcilane, whose aim was to take care of her health on the farm and protect her from sexual abuse, all with FUNAI’s authorization.

“The organization provided medical and psychological care for the child. Gradually we got to know the dramatic saga of that bright-eyed young woman with visible problems in her communication and social and intellectual development. At ATINI she received love and care, and was treated with dignity and affection by all caregivers,” said Márcia.

The anthropological report on Alcilane also reveals that due to the abuses suffered, she had an exacerbated sexuality even as a teenager, and her parents had to keep an eye on her all the time. Even with all this care, she became pregnant with an Indian who was a student she considered to be a boyfriend. “This pregnancy brought great distress to the family, who knew that Alcilane would not have the mental conditions to care for a child. Several times they tried to have her abort with home remedies because they said they could not care for the baby. When the pregnancy was further along, the whole family decided to return to Maués without Alcilane. They did not take her because the pregnancy was diagnosed as being high risk. The teenager was placed under the care of caregivers linked to ATINI, “said Márcia Suzuki.

“As the pregnancy progressed, Alcilane became aggressive and disoriented, rejecting the baby and trying to get rid of it. Several times she had to be rescued by her caretakers, because she was found punching her belly, screaming that she did not want the child. Other times she was found with a knife trying to cut her belly in order to kill the baby. It was becoming more and more evident to caregivers that, because of mental problems, Alcilane would not be able to take care of her baby. The child would be at risk of life. In fact, the psychiatrist who attended her issued an opinion recommending that after childbirth the child was removed from the mother, due to the risk of infanticide. The newborn was therefore referred to the judicial custody of a family, according to the wishes of the maternal grandparents, Zevaldo and his wife Hélia, because Acilane rejected the child.

The Federal Public Prosecutor intends to remove the child, after six years of ties with the adoptive parents, and requests that the child be returned to the biological mother, even if the mother says that she has no means of child care. Without knowing the reality of the village, the prosecutors request the removal of the child, who according to the verification of this report lives happily with its adoptive parents in a city that will not be revealed in order to safeguard the child. The photos that this report has access to and that prove this will be sent to the Federal Public Ministry.

ATINI – a Voice for the Life reported through its lawyer, Maíra Barreto, PhD in Human Rights from the University of Salamanca in Spain, who understands that she has been persecuted because of her intransigent stance in the defense of universal human rights, refusing to accept any attempts to relativization of such rights. The relativistic position of human rights, conditioning their ownership and scope, has been defended by the FPM, contrary to the international human rights treaties to which Brazil is a signatory, which oblige the Brazilian State to combat harmful traditional practices, such as indigenous infanticide and collective rape, protecting the victims and giving them a voice.

What the FPM thinks about infanticide and harmful cultural practices

The agency did not specifically address this case, which is a secret of justice. The Citizens’ Rights Attorney, Deborah Duprat, who was once the coordinator of the 6th House (i.e. the highest authority of the Federal Public Prosecutor’s Office, as far as indigenous issues are concerned) believes that the indigenous child only becomes a person after certain rituals and published an article saying that “It is said that some indigenous groups practice infanticide, among them the Yanomami. Once again, the nuclear issue is the definition of life. The Yanomami woman, when she feels the time of childbirth arrives, goes alone to the wilderness in the forest, squats, and the child falls to the ground. At this point, she decides whether to pick it up or leave it there. If you take it in your arms, you give birth at that moment. If you abandon the child, no infanticide was committed, according to the group, for the simple reason that life had not begun. They are opinions that, like it or not, cannot be ruled out, under penalty of, in affront to the Constitution and many other international documents, denying the value of other peoples’ assertions of truth”, said the FPM prosecutor in her article.

The anthropologist Marianna Holanda, considered a reference by the FPM, calls disabled indigenous children “entities poorly qualified to live”. In one article she says that “one thing is certain: to transpose the notion of the individual to judge the process of elaborating indigenous personalities and humanity is to impose “life as an obligation” on relational horizons where the points of reference depend on agency, in which to transpose our borders that mark where life begins or ends requires an arbitrariness that is very violent. Placing a label of tragic death on entities that are poorly qualified to live is the result of ethics shut off to dynamics, to the impossibility of dialogue. From blind ethics to their own mechanisms of exclusion and affirmation, producing the right to life as the foundation of all other constitutional rights, but allowing small daily failures inimputable to guarantee this fundamental right.”