The strange theory of homicide without death 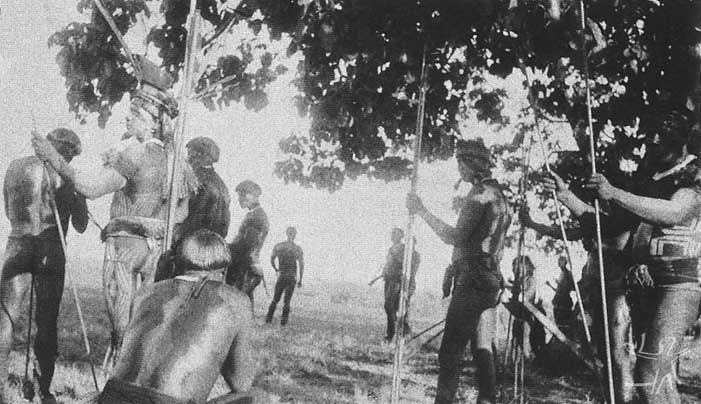 Some Brazilian anthropologists and missionaries are defending the indefensible.

Through scholarly papers clad in a disguise of cultural tolerance, they are attempting to disseminate a theory that is, at least, racist – the theory that for certain human societies certain children need not be seen as human beings. In these societies, killing these children would not involve death, only “interdiction” of a process of building a human being, even if that child is already 2, 5 or 10 years old.

Let me explain better. In any society, a child has to undergo certain rituals of socialization. In many places in Brazil, the child is considered a pagan if he does not go through Catholic baptism. He or she must go through this religious ritual to be promoted to a “person” and have access to eternal life. Later, the child will have to go through another ritual, which celebrates the fact that he or she survived the most vulnerable period, the first year of life. Their first birthday party is a very important ritual in the child’s socialization. A few years later he or she will go to school and go through the difficult process of learning to read and write. The first graduation party, after this process of literacy, is a celebration of the construction of this little person in society. In these societies, only a literate person can hope to become functional. And so it goes. He or she will go through a long process of “personalization” until becoming a complete person in her society.

This process of socialization is normal and happens in any human society. Societies differ only in the definition of stages and in the way the passage from one stage to another is ritualized.

So, yeah. These anthropologists and missionaries are defending the theory that for some societies “a being still under construction” may be killed and the fact should not be perceived as death. I repeat: If the “thing” is to be murdered in this period, the process will not involve death. It is not possible to kill something that is not a person. For these scholars, burying a child alive who is not yet fully socialized would not involve death.

This relativism is racist because it does not apply universally. Such scholars do not apply this equation to their own children. That is, those born in the big cities, but who have not been fully socialized (like street children, bastards or the mentally handicapped). This racist equation would apply only to those children born in the forest, sons and daughters of indigenous fathers and mothers. Racism coated with a veneer of political correctness and cultural tolerance.

Sadly, the biggest supporter of this hypothesis is a Catholic leader, a missionary. According to him “infanticide, for us, is a crime if there is death. Abortion, perhaps, is closer to this practice of the Indians, since abortion does not kill a human being, but it interdicts the constitution of the human being.”1

A UNB (University of Brasília) anthropologist agrees: “An indigenous child when born is not a person. She will go through a lengthy process of personalization to acquire a name and thus the status of ‘person’. Therefore, the very rare cases of neonates who are not inserted into the social life of the community cannot be described and treated as a death, for it is not. Infanticide, therefore, never.” 2

Even more sadly, this anthropologist claims to be a UNICEF consultant and has been chosen to produce a report on the issue of infanticide in Brazilian indigenous communities.3 How does UNICEF, which has the task of defending the universal rights of children, and which recognizes the vulnerability of indigenous children4, then choose an anthropologist with this profile to report? I believe they must not know that their consultant defends the right of some human societies to “interdict” children who are not yet fully socialized.5

UNICEF’s role should be to hear the cry for help from the many dissident indigenous fathers and mothers, a cry that has been widely documented by indigenous organizations and indigenous NGOs.6

UNICEF should hear the voice of men like Tabata Kuikuro, the Xingu indigenous chief who preferred to abandon his life in the tribe than to allow the death of his children. Holding his surviving twins in his lap, in a safe place away from the village, he says emotionally: “Look at them, they are people, they are not animals, they are my children. How could I let them be killed?” 7

For these natives, children are children and death is death. It’s that simple.

Notes
1. www.amazonia.org.br/noticias/noticia.cfm?id=347765
2. idem
3. Marianna Holanda made this statement in a lecture she gave in November 2009 at the UNIDESC auditorium in Brasilia.
4. According to the UNICEF report, indigenous children are currently the most vulnerable children on the planet. “Indigenous children are among the most vulnerable and marginalized groups in the world and global action is urgently needed to protect their survival and their rights, says a new report from UNICEF Innocenti Research Center in Florence.”
5. In some societies, non-socialized children would be twins, children of single mothers, widows or incestuous relationships, children with severe or moderate physical or mental disabilities, etc. The said “interdiction” of the process can occur at several ages, having been registered with children of up to 10 years of age among the Mayoruna, in the Amazon. Marianna defends this “interdiction” in a dissertation entitled “Who are the humans of these rights?” Study contests criminalization of indigenous infanticide
6. Breaking the Silence / www.movimentoindigenaafavordavida.blogspot.com / Open Letter Against Indigenous Infanticide
7. Excerpt from the documentary “Breaking the Silence”, directed by the indigenous journalist Sandra Terena. The documentary is available here